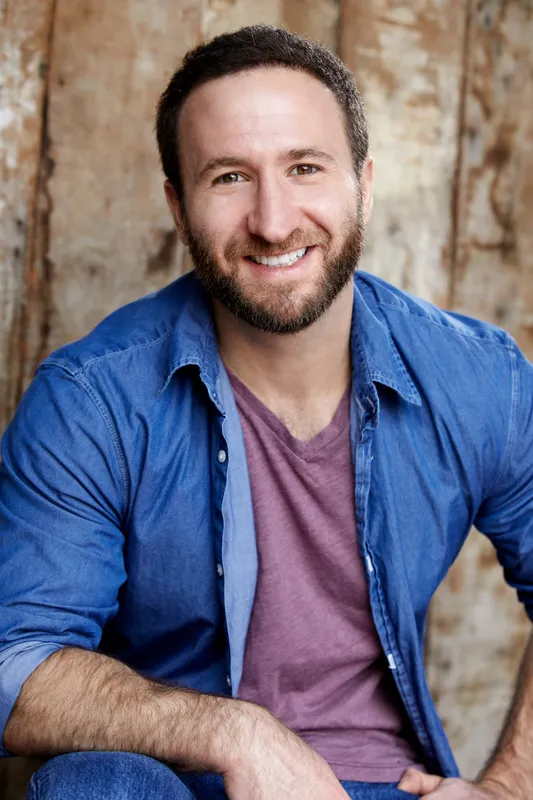 At age 18, musician, actor, and Tip-Top Productions producer Ben Stranahan stepped out onto the biggest stage of his young life thus far: at the prestigious American Academy of Dramatic Arts in Los Angeles. “All of my acting experience had been done in middle school and high school,” he remembers. “It had been a ton of fun and very educational, but nothing could ever have prepared me for such a grand stage. You know that quiet sound that is in a theater when no one is around? It’s actually a bit majestic, and when I stepped out onto the AADA stage and looked at the empty audience, I got goosebumps. I could almost sense all the generations of actors who had performed Shakespeare’s Twelfth Night here, and now I was going to follow in their footsteps.”

Since those days at AADA, where Ben relished learning how to fight on-stage and do different accents, he has gradually moved up in the industry to where he is today: a highly respected movie producer and actor who is known for the original, genre-bending projects he takes on. With Monstrous, currently in post-production, Ben worked with Christina Ricci to take the audience on a thrill ride as she battles to save her young son. With  Better Than Yourself, a mystery that explores what happens when four friends inexplicably see their dreams come true, Ben has switched gears and is exploring a mystery that will keep audiences guessing until the end.

It’s an impressive resume for a man whose showbiz career began on a middle school stage in Aspen, Colorado. That makes Ben laugh. “Well, let’s just say that at that age, I had more enthusiasm than refinement as an actor,” he says. “Those years at the AADA did some much needed polishing, as you can imagine.”

In high school, Ben moved behind the camera and discovered he was fascinated by it. “Acting was, and always will be, fun, but behind the camera is a totally different experience. I made a couple of short films back then and realized that it was one of my passions.”

Life wasn’t all about acting and directing, however. “I got into music and probably gave my parents a headache with all the time I spent practicing the drums. Fortunately for them, I was also into the piano, which I think both Mom and Dad appreciated. I had a blast playing in a band for five years.”

Senioritis hit Ben just like it did his peers. “I had the best plan: I was going to go to LA so that I could get started on my career in Hollywood.”

The first stop, however, was the Berklee College of Music Summer Program. “Boston was clear on the other side of the country, but I knew that I could learn there from some of the finest musicians in the country,” Ben explains. “I was right. My time there definitely made me into the musician I am today.”

After arriving at the American Academy of Dramatic Arts in Los Angeles, Ben devoted himself to his courses. “I spent three years learning everything that I could. As an actor, I especially enjoyed breaking down characters and learning accents, including Southern, Standard RP, New England, and Irish. I also got good at stage combat, both armed and unarmed.”

When Ben finished his classes, he began building his career as an actor, producer, and musician. He has found success in particular as a movie producer, including 2016’s Mean Dreams, which starred Bill Paxton, Sophie Nélisse, Josh Wiggins, and Colm Feore. Ben says that one of his proudest moments was watching it premiere in 2016 at the Directors’ Fortnight at Cannes and as a Special Presentation at TIFF. “Then it went on to be sold in over fifty countries and to be released theatrically in over ten countries. That was beyond amazing and very satisfying.”

One of his favorite movies to produce and act in was Population Zero. “That was a blast,” says Ben. “It was a psychological thriller and really took the genre in a different direction. Critics around the world liked it. I also enjoyed producing Calibre, another thriller, which was released on Netflix in 2018. That ended up being nominated for four BAFTAs, and it won for one: Best Actor for Jack Lowden. The night we won was incredible for all of us.”

Ben has also found success as a TV producer with The Midnight Anthology, starring Clancy Brown. Its pilot premiered at the New York Television Festival in 2015 and went on to win the Artistic Achievement and Best Director awards at the festival. Ben and The Midnight Anthology team are developing the remaining episodes of the series.

As Ben’s resume grows, so does his appreciation for where he’s come from. “None of us are owed the success we get – instead, we have to work for it,” he says thoughtfully, thinking over his life since those days at the AADA. “Making it in Hollywood and getting to the level where you can work with truly great talent isn’t easy to accomplish. It is, however, very much worth it. I am passionate about films and about giving the audience stories that entertain them and take them out of the real world for a few hours. Being able to do this each day makes me a very blessed person indeed.”

Starring Angelina Jolie, Salma Hayek, Kumail Nanjiani and more, the 26th film in the MCU will be available to stream...

Here's how to stream festive movies, series and docs during the holiday weekend.

The new 'Bachelor' lead spoke with ET ahead of his season premiere about his excitement and emotional journey.

Pedro painfully talks about being the product of an affair and his dad not wanting to see him growing up.

Plus, the actor shares which actor from the Netflix Marvel series he'd love to see again in the MCU.

Garson died at 57 after a private battle with cancer back in September.