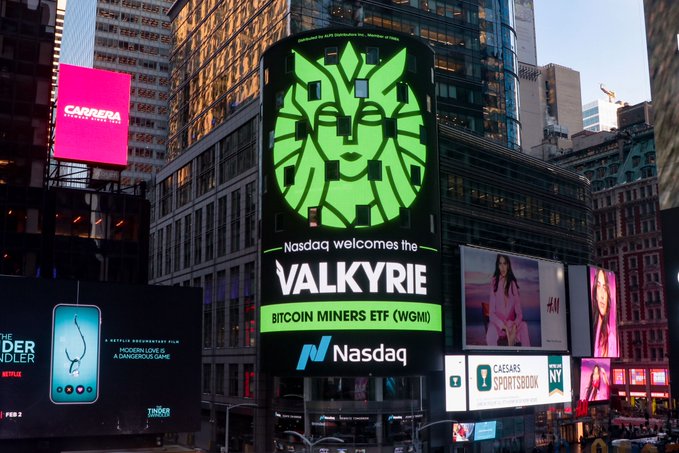 The WGMI exchange-traded fund will invest in companies with 80% of revenue from BTC mining.

The fund includes 5 Bitcoin mining companies with 90% renewable energy use.

The Valkyrie Bitcoin Miners ETF (WGMI) has made its debut on the Nasdaq stock market, presenting investors with yet another opportunity to gain exposure to crypto via investments in the stocks of companies in the Bitcoin (BTC-USD) mining industry.

While the fund does not involve direct investment in cryptocurrencies, its holdings are in crypto mining companies with at least 50% of profits derived from Bitcoin mining.

The investment is also put in crypto-focused companies whose operations are in the production of mining hardware and software, or those that specialize in offering crypto-related services to Bitcoin miners.

WGMI comes with a total expense ratio of 0.75%, with initial investments in top BTC mining firms and providers.

“These companies are fully regulated the same as any other publicly traded company, and offer investors yet another avenue to gain indirect exposure to the digital asset space.“

WGMI portfolio accounts for companies with 77% renewable energy use

Bitcoin mining is a multi-billion industry and its growth has seen several top companies around the world look to tap into the revenue stream, bringing into the ecosystem investors who find opportunities in sectors such as oil and gold.

Over the years, Bitcoin miners have moved to use green energy sources like wind, solar, and hydroelectric, cutting on fossil fuels and increasingly relegating the debate on Bitcoin’s massive energy consumption to the background.

Valkyrie said the WGMI portfolio utilises 77% renewable energy, adding to the positive outlook likely to pull in environmentally-conscious investors. The top five companies in the portfolio have a 90% renewable usage, Valkyrie noted in a factsheet.

Where can you buy the WGMI ETF?

According to Valkyrie, the ETF, as with others offered by the company, are available via several providers. You can access the fund at Charles Schwab, E-Trade, Fidelity, Interactive Brokers, Robinhood and TD Ameritrade among others.

Previous post How To Avoid Financial Fraud And Protect Your Investments 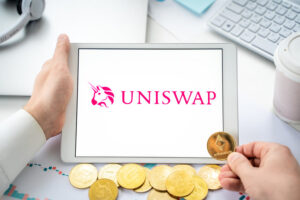 Ripple has shown impressive performance and it is among the top ten gainers over the past week. It has gone...

The crypto markets were higher this morning, with the majority of top 10 cryptos registering gains over the past 24...

Polygon is soaring on news it raised $450 million to scale Ethereum, its main competitor. It broke $2 and had...

Ripple has been surging on positive developments surrounding its SEC lawsuit. This is certainly good news for hodlers, some of...