U.S. stocks finished the week sharply lower with minutes from the Federal Reserve’s July meeting and comments from several Fed officials indicating the central bank still expected to move the benchmark rate high enough to combat high inflation. The Dow Jones Industrial Average dropped 292.30 points, or 0.9%, to finish at 33,706.74. The S&P 500 was down 1.3%, and the Nasdaq Composite finished 2% lower, according to FactSet. For the week, the Dow slipped 0.2%, while the S&P 500 declined 1.2% and the Nasdaq dropped 2.6%. Gold ended at its lowest price in over three weeks, down a fifth straight session to mark its longest losing streak since early July, while the ICE U.S. Dollar Index, a gauge of the dollar’s strength against a basket of other currencies, was up 0.5% to top 108 for the first time in a month, according to Dow Jones Market Data.

Market Pulse Stories are Rapid-fire, short news bursts on stocks and markets as they move. Visit MarketWatch.com for more information on this news.

Previous post Oil futures end higher for the session, fall for the week 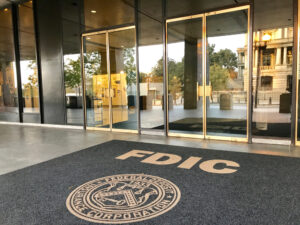 Amazon.com Inc. executive Jeff Blackburn, who played a key role in the e-commerce giant's push into entertainment, is leaving the...

Oil futures finished with a loss on Friday, but ended higher for the week. The rebound in crude-oil prices recently...

Gold futures declined on Friday, but held onto a more than 3% gain for the week. Gold prices dipped Friday...

Exxon Mobil Corp. said late Friday that Larry W. Kellner and John D. Harris II have joined its board, which...

Shares of Boeing Co. surged 3.5% toward a more than seven-month high in midday trading, reversing an earlier loss of...