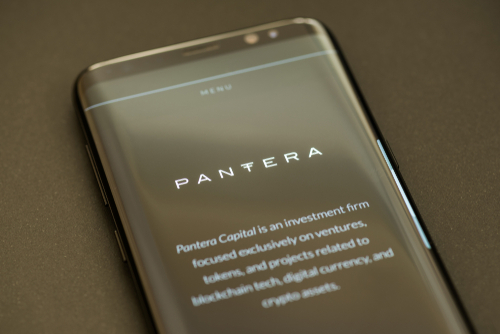 The cryptocurrency market has millions of users at the moment, but Pantera Capital’s CEO believes that the number will massively grow by 2027.

Pantera CEO Dan Morehead told CNBC in an interview on Wednesday that he believes the cryptocurrency market would hit billions of users over the next few years.

“The important thing to keep in mind is #crypto is such a disruptive thing that’s going to change so many aspects of our lives in the next decade,” says @dan_pantera. “We all are used to using #bitcoin as a proxy for blockchain, there are hundreds of really interesting projects.” pic.twitter.com/Bt6e1UFF6t

Recent statistics show that there are more than 300 million people in the cryptocurrency space at the moment.

However, Morehead said he is confident the market would grow to billions of users over the next five years. His prediction comes despite the bearish trend in the cryptocurrency market since the start of the year. Morehead said;

Morehead maintains his bullish stance on Bitcoin and the broader cryptocurrency market. He said;

“I can easily see a world a few years from now where risk assets themselves might still be struggling, but blockchain’s back to all-time highs.”

The crypto market’s performance in recent months aligned with that of the traditional financial markets. This has seen the crypto market lose more than 60% of its value, with the total market cap dropping from the $3 trillion all-time high to staying below $1 trillion at press time.

Morehead predicted that the cryptocurrency asset class could lose its close correlation with other markets in the future.

He told CNBC that he believes crypto is such a disruptive asset class that it would change various aspects of our lives. Morehead added that over the next few decades, cryptocurrencies would play a crucial role in our lives and would define the way we view finance and various other aspects of the global economy.

Bitcoin continues to trade below $19k after losing less than 1% of its value in the last 24 hours.

JPMorgan’s CEO Jamie Dimon has attacked Bitcoin and the broader cryptocurrency market over the past few years. Shark Tank host...

FTX US will soon be under new leadership after President Brett Harrison announced his resignation a few hours ago.  Brett...

Coinbase is one of the crypto exchanges to go public, and the company’s CEO said the move had put them...

Crypto exchange FTX and its United States arm FTX US have expanded over the past few years, but Brett Harrison...

India is one of the leading countries in terms of cryptocurrency adoption, but non-fungible tokens (NFTs) are yet to gain...