Binance’s CEO Changpeng Zhao has pointed out that his cryptocurrency exchange was never in competition with FTX.

CZ, the CEO of crypto exchange Binance, fielded numerous questions regarding his company and FTX in a recent interview with CNBC.

“Number one, that report written by Reuters is wrong. It was fed to Reuters by a website called Currency.com. Currency.com used to be a Russian-owned website. I think FTX bought a part of the equity there. We believe that Currency.com gave Reuters access to a platform that fed them the wrong data. “
CZ added that Binance uses all the industry platforms like Chainalysis and Elliptic for transaction monitoring. These are the same tools used by law enforcement agencies. He stated that Binance is confident that its practices are compliant with industry requirements.

CZ was also asked about Sam Bankman-Fried’s comment, who stated that he regrets entering a battle with the Binance CEO as it led to the collapse of the FTX exchange. The Binance CEO replied that;

“We were never in a battle with him. He may think he is in a battle with us, but we didn’t even notice. We did hear some concerns about him badmouthing us behind our backs in DC and other political lobbying circles. We just said we don’t want to be entangled; we just want to exit our equity portion, and we did that a year and a half ago.”

As part of the transaction, Binance received some FTT tokens, and CZ said his company wanted to sell their tokens following the CoinDesk report. He concluded that;

“We were never against them. We don’t focus on other smaller exchanges as focusing our energy there doesn’t give us the best return. If we take customers away from there, we will only grow by 1 or 0.1%. However, if we can grow the industry, we can grow our user base by 5x, 10x or even 100x. Hence, we are focused on growing the crypto market alongside other exchanges.”

Binance maintains its reputation as the leading crypto exchange and currently processes over $10 billion in daily trading volume. 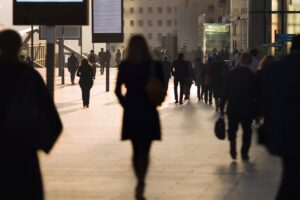 Former FTX CEO Sam Bankman-Fried (SBF) said he wished he was on top of things. SBF added that many people...

Galaxy Digital’s CEO has claimed that SBF was delusional about what happened. SBF needs to spend time in jail for...

Blockchain technology users have a strong expectation of transparency, says Nazarov. Some entities are beyond saving due to their exposure...

Ex-FTX CEO Sam Bankman-Fried said the exchange’s hacker might be a former employee. The crypto exchange lost $650 million in...

Changpeng Zhao (CZ) has urged governments to regulate crypto instead of fighting it. CZ claims that most governments now understand...

Binance CEO said more companies would be affected by the collapse of the FTX crypto exchange. He pointed out that...